Honored to be Essential

Construction has remained an essential industry during the COVID-19 pandemic.  As a Federal Government General Contractor, Semper Tek is continuing to execute each of our active contracts for our clients such as the Department of the Air Force, U.S.Army Corps of Engineers, and the Department of Veterans Affairs.

Much of our current work is being performed in active hospitals for the VA.  Semper Tek’s employees and our subcontractors are working as efficiently and effectively as possible, while following all CDC guidelines, and taking the precautions to protect the people on our jobs sites and in the hospitals.  We are proud and honored to be able to continue providing these mission-critical projects in these hospitals so that Veteran patients, and VA healthcare providers, can soon enjoy and utilize the renovated and newly constructed areas we are building.

We are not only proud of the work that our Semper Tek employees and our subcontractors are performing, but we are also extremely proud and grateful for the work we are witnessing being performed by the doctors, nurses, and various health providers in these hospitals.  Your dedication to your job and the Veterans is humbling.  We want to say “Thank You” for all you have done, are doing, and will do to help those affected and needing services during this time. 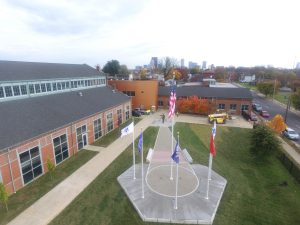 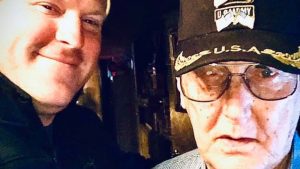 The Lexington, KY community is coming together to help 78-year old Army Veteran Donald Callaham. Mr. Callaham’s home caught fire just before Christmas. After the fire event, neighbors realized that the home was in dire state even before the fire.  Mr. Callaham has been living without running water for more than two years. He has no heat, no air, and has been cooking on a camping stove. Immediately, neighbors knew they  had to help.

Soon, Officer Holland, a Lexington policeman who routinely performs community outreach, became involved and a G0-Fund-Me account was created to help raise funds to rebuild Mr. Callaham’s home. The original home is 130-years old and has significant structural damage, so it’s not an inexpensive project. In total, Officer Holland is hoping to raise $40,000.  For the time being, Mr. Callaham is being housed at the VA in Lexington.

On January 8th, Semper Tek made a donation of $2,500 to the fund. As a Service-Disabled Veteran-Owned Small Business, whose office is literally just down the street from Mr. Callaham’s home, we wanted to help a brother in need. We hope our small contribution to the overall necessary funds helps to restore a suitable home and positive living condition for Mr. Callaham, who is currently suffering from prostate cancer and has a heart condition.

If you or your firm are interested in helping to support Mr. Callaham, please click on the links below to make a donation.

If you would like to donate in another way, including building materials or resources from your company to help complete Mr. Callaham’s home contact: rholland0369@yahoo.com or 859-396-0920.

Semper Tek instituted a new recognition program this year which was rolled out at its annual managers meeting earlier this month.  Team members who have served five years (ore more) and ten years were presented with a custom made Semper Tek Challenge Coin. The coin was inscribed with the team members name and length of service on the back and was presented in a frame.  We are pleased to celebrate the service of the following:

Semper Tek will continue to honor it’s team members as they reach milestones in increments of 5-years of service. We are very proud of these team members who have been with us many of our first 11-years in business!