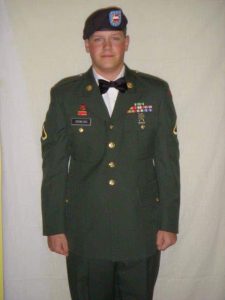 Dillon Dowling is a U.S. Army Veteran. He served for  eight years as a 12 Bravo Combat Engineer. He was part of the 4th Engineer Battalion based at Fort Carson, Colorado. Dillon deployed to Iraq and Afghanistan in 2009 and 2010 where he performed route clearance patrols and quick reaction forces.

Today, Dillon works as a Carpenter for Semper Tek at VA Hospitals and Military bases where we have construction contracts.  He uses the skills he learned in the Army to be successful on the job site. Dillon says that the Army taught him “that no matter the hardships, we can move forward and that tomorrow can always be a brighter day.”