For the past several  years Semper Tek, Inc. employees have come together to provide Christmas for

a veteran and their family who are in need.  This is one of the ways our company works to give back to the communities that give us so much opportunity. Members of our staff either donate money or shop for the family to purchase items on their “wish list.” We then wrap the presents and get them back to the VA for delivery.

This year our firm is working with the Robley Rex VA Hospital in Louisville, KY.  Semper Tek, Inc. has been fortunate to be able to perform several projects at this VA location over the past several years.

We’re in our final homestretch of work on the fifth floor vertical addition project that we are performing at the Cooper Drive location of the VA Medical Center in Lexington, KY.  The new floor has been added to serve as offices.

The interior finishes look tremendous and the exterior flows seamlessly with the existing structure. We are quite proud of how this project has executed.  Our team has performed exceptionally on this difficult project which called for increased safety and infectious controls due to the fact that the hospital remained fully-operational during all phases of construction.

We are excited to soon turn over this new building to its owners. To date, this is the highest dollar value project to be completed by Semper Tek, Inc.

To learn more about this project, view our project profile. 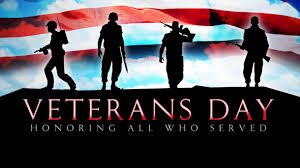 Semper Tek, Inc. also has the ability to provide snow removal services in and around the Lexington, KY area.  Our firm has a large truck, snow plow, and salt spreader.

After receiving our Kentucky certification as a Service-Disabled Veteran-Owned Small Business in August, Semper Tek, Inc. looks forward to pursuing opportunities to compete for local and state facilities maintenance contracts to be able to expand this sector of our business.

We are excited to announce the launch of our new website and blog!  We will use this site to showcase our latest projects, share about our community service work, and connect with clients, subcontractors, and potential employees.

We look forward to keeping you up to date with our projects by adding pictures to the photo galleries of  our project profiles. We also hope that users of the site enjoy the opportunity to download several pieces of information about our firm and projects.  Our current Capability Statement can be found on our About Us page, and project profiles of each of our highlighted projects can be saved to your computer.

You can also easily share comments with us using the contact us feature, or if you wish to do business with our firm, you can complete the online Subcontractor Pre-qualification form.  This site makes it easy to connect with our social media pages as well.

We hope you enjoy our new website and blog!  Special thanks to Scott Dudgeon Graphic Design for helping us build the new site!