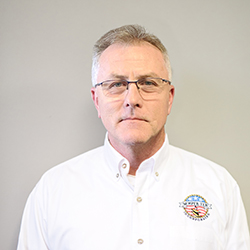 Semper Tek would like to welcome Rob Crouch to our team. Rob has joined as a Project Manager and has extensive federal, commercial, and institutional construction management experience. He brings knowledge and experience in both ground-up and Design/Build project management. Rob is extremely familiar with the Procore and P6 software programs that our firm implements for each of our projects.

Rob has a B.S. in Construction Management from Morehead State University. He is a Navy Veteran.

The Veterans Outreach Committee is relatively new at the S.A.M.E. Kentuckiana Post.  The committee is meant to create opportunities for S.A.M.E. members to engage with local Veterans for both goodwill assistance/service and professional development opportunities within the AEC industry.  The committee will look to increase its involvement with ongoing Veterans programs in Louisville, as well as engage state officials on programs for VOSB and SDVOSB AEC firms. As a Committee Co-Chair, Tara also serves on the S.A.M.E. Kentuckiana Post Board of Directors.

Tara was eager to help lead this important and extremely relevant committee. Her work for Semper Tek has provided her with some experience in Veteran’s Outreach and Community Service projects. Semper Tek has worked with the Robley Rex VAMC Community Affairs Department for the past four years to provide Christmas for Veteran’s families. They have also supported the department’s efforts for assisting homeless veterans.

Prior to her work with Semper Tek, Tara served as the Vice President for Public Affairs and Communications for the Building Industry Association of Greater Louisville. While serving at this membership organization she gained experience leading committees, setting attainable goals for committee work, and working with pubic officials and committee members to accomplish those goals. 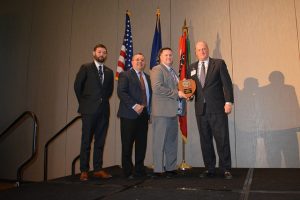 Semper Tek was selected based on the successful completion of multiple projects for the Department of Veterans Affairs in 2017, as well as Multiple Award Task Order Contracts completed for the Department of the Air Force at Robins AFB in Georgia. Projects submitted for consideration for this award included the 25,000 sq. ft. vertical medical office space fifth floor addition at the Lexington VAMC – Cooper Drive location, as well as the Renovate and Construct BRAC Facility for the VAMC Huntington, W.V.  These multi-million dollar highly complex projects are representative of the excellent work regularly performed by our firm.

Semper Tek is proud to be a member of the SAME Kentuckiana Post.

Recently Semper Tek, Inc. was named as an awardee to the VISN 5 Construction MATOC for the West Virginia Region. This SDVOSB MATOC program for the Department of Veterans Affairs covers facilities in Clarksburg, Martinsburg, Beckley and Huntington, West Virginia.

Semper Tek, Inc. has previously worked with the VAMC in Huntington.  Most recently our firm performed the Install Continuous Water Monitoring (VA249-14-D-0024; TO: VA245-17-J-0454) project at this facility. Semper Tek Project Manager Scott Wharton partnered with the Huntington VA COR and CO to execute this project which involved multiple departments in the active hospital.  Mr. Wharton did an excellent job of coordinating and planning to safely complete the project on-time and with minimal interruption to the hospital staff.

Our firm is also in the final stages of completing the renovation of a BRAC facility for the Huntington VA.  We have 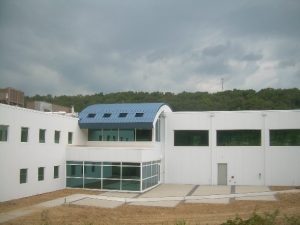 performed roughly 5-acres of site work and have structurally joined two existing buildings. This complete renovation and new construction project began in the summer of 2015. The new building will be used as medical offices. Mr. David Milam has served as the Project Manager for this project and has done a tremendous job executing and coordinating this work.

With this recent MATOC award, Semper Tek is excited to continue to serve the Veterans in the Huntington area, as well as expand our service to the other VAMC campuses within West Virginia. We are passionate about serving Veterans through our construction work for the Department of Veterans Affairs.

As the Government Fiscal Year ended on 30 September, Semper Tek, Inc. was pleased to close-out the year with a number of awards. Our firm was awarded six new contracts in the month of September. The contracts are for work for the Department of Veterans Affairs at medical center campuses in Lexington, KY; Murfreesboro, TN; and Nashville, TN.

With the addition of these contracts, Semper Tek, Inc. will have been awarded 26 contracts during the 2017 government fiscal year. This year our firm has received contracts from the Department of Veterans Affairs, USACE- Louisville District, and the Department of the Air Force.

Semper Tek, Inc. has increased our presence in Tennessee in 2017.  We have numerous contracts with the Department of Veterans Affairs in Nashville, Murfreesboro, and Memphis. Additionally, we have grown our operations in Middle and South Georgia with our work for the Department of the Air Force at Robins AFB and Moody AFB. In order to support the growth of our firm in the southeast region, we opened a permanent office in Valdosta, GA in July.

We have a number of other potential awards for large projects for the VA, USACE Louisville District, and Department of the Air Force which we look forward to announcing.

This has been an excellent year for our firm. We are thrilled to announce that we have maintained our zero incident rate and EMR rating throughout this busy year. The safety of our employees and job sites is our number one priority.

As we enter 2018, our firm’s 10-year anniversary, we are excited to continue to grow as a firm and in the number and complexity of the contracts we are awarded.